Oriens delivered an aircraft to a private owner in Oxford in March; one to Leeds-based entrepreneur Neil Armstrong in June, coinciding with the Goodwood Festival of Speed and a third to Chris Makin, owner of newly named Leeds East Airport, in December. Ravenair is this aircraft’s operator and management company, operating under EASA PART-NCO Lease Operations.

“Since securing the PC-12 distributorship in March 2015 we are pleased to have played a part in raising product awareness of this ultra-versatile, best-selling, single-engined turboprop, amongst business users and private individuals.”

“The interest in the PC-12 continues to grow. Its versatility, exclusivity, affordability, comfortable and generous cabin makes it unmatched in its class,” added Oriens Sales Director Craig Lammiman. He believes it will not be long before the aircraft is operating on commercial charter IFR under an UK AOC.

Accordingly, Oriens Aviation is ready to facilitate the process for entities seeking to get PC-12s on an AOC. “As part of our responsibility for sales in the region and our closeness to European PC-12 customers, we are well placed to play a facilitating and advisory role for UK based commercial operators, or European PC-12 operators, and assist any owners who may choose to put their aircraft under aircraft management and gain revenue from charter,” Edwin Brenninkmeyer added.

Furthermore, Oriens has reinforced its commitment to the aircraft by setting up a dedicated Pilatus Service Centre, following its recent acquisition of Avalon Aero’s London Biggin Hill MRO. The business, newly renamed Oriens Maintenance Services Ltd, will be formally introduced to customers, suppliers and industry guests, supported by representatives from Pilatus, this week.

About the Pilatus PC-12

The Pilatus PC-12 can fly up to eight passengers in a luxury pressurized cabin, for up to 1,800 miles, at 320 mph and at 30,000 feet. The PC-12 features a generous cargo door and can operate from small airfields of 800 m, from gravel strips and grass, combining to make it one of the most versatile and practical aircraft.  It can carry more payload than most for half the money.

With a price tag of USD 5 million, it can be a business aircraft / an air ambulance (able to convert inside an hour) a cargo aircraft and everything in between. It also holds the best residual value in its class, retaining 80% of its value after 10 years. The PC-12 has operated in the Arctic Circle, the African Plains and is a regular stable with Australia’s time crucial Flying Doctors. Its reputable single engine Pratt & Whitney Canada PT6 turbine is a legendary workhorse. 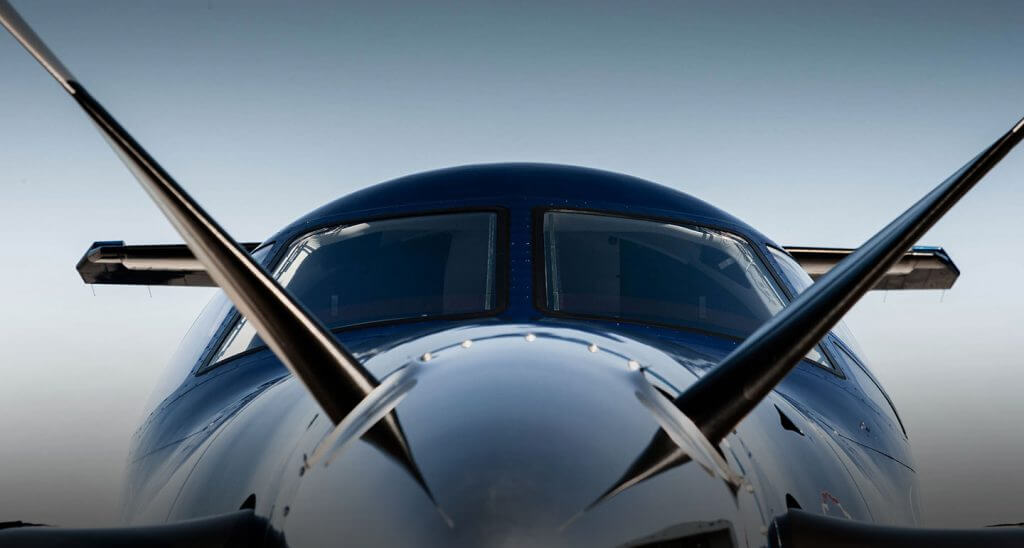