Edwin Brenninkmeyer, the CEO at Biggin Hill based Oriens Aviation, believes that top business travellers will find a way to travel to meetings without the need of a 3rd runway at Heathrow or Gatwick to boost airline availability.

“That is comparable to saying that businesspeople can’t do business in neighbouring county if there is not a bus route! They have other options. We sell the Swiss manufactured Pilatus PC-12NG 9 seat aircraft which is very economical even for private family travel and, unlike comparable executive jets, can be flown to and from the many small grass airfields and short runway airports surrounding the major cities including at least 8 near London.”

In many countries, this versatility makes the PC-12 NG ideal for flying doctor operations where many executive aircraft could not cope with the environment. This is recognised by the US Air Force. Designated as the U-28A, it provides a manned fixed wing, on-call/surge capability for improved tactical airborne intelligence, surveillance, and reconnaissance (ISR) in support of special operations forces. With a price of $4.5m USD, the time poor traveller may wish to charter a PC-12 to keep their flight cost lower than using other more expensive to operate aircraft. In the next 6 months the UK law on the use of the reliable single engine turbo prop will permit Charter operators to offer the PC-12 NG for commercial flights.

“The timing is perfect for our clients who will be able to take full advantage of a cost saving estimated as 30% lower that the gas guzzling jets. A flight from Redhill airport near Gatwick to Lausanne, would take 1hr 40mins and the total cost would be around £560. This includes Fuel, Airways charges and landing / airport fees for the one-way journey and you wouldn’t even need to refuel before returning home!,” said Edwin Brenninkmeyer. “There is no queuing for immigration etc and you can travel when you need to.”

Since 1994 over 40 of the PC-12 turboprop aircraft have been sold in the UK to people who want to enjoy the real convenience of a private aircraft for business or pleasure. The worldwide fleet of almost 1400 PC-12s has now clocked up over five million hours in the air.

“Our brand new demonstrator PC-12 acted as a magnet as it stood in the sun at the Goodwood Festival of Speed where we were the Airfield sponsors, and also at Aero Expo. Our promotional team collected the info on over 8 potential customers on top of which we have already flown 3 demo flights in the demonstrator aircraft with a further 3 booked in the coming months.”

The PC-12’s cockpit is like a modern airliner with screens for the pilot to fly the aircraft, navigate and communicate from rather than the older and traditional instrumentation – and importantly cruise at high altitude to avoid turbulent weather. The other popular feature of the PC-12 NG is that it has a toilet as standard on board offering full privacy. Its little wonder that with its amazing residual value (even a 10 year old PC-12 can hold close to 80% of its value) that financing is easier and so many owners (53%) trade in their PC-12 for a newer version. 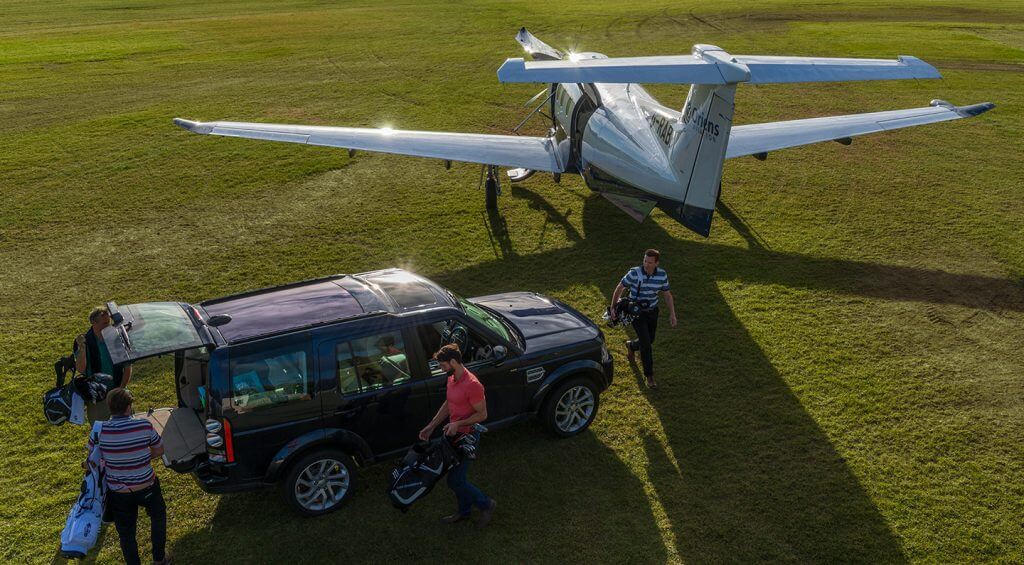